Why language and terminology can feel confusing?


Why language and terminology can feel confusing?
By Jiten Patel (2016) 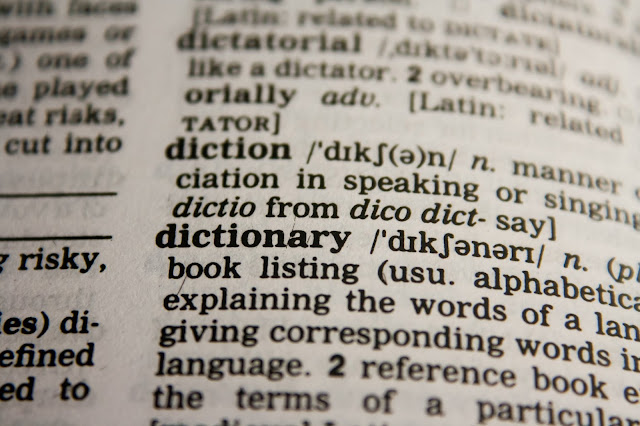 Sometimes, it is hard to keep up with how language and terms change.  For example, nobody says, "wherefore art thou?" It is accepted that we would say, "Where are you?".  These days, with the advent of instant communications, terms that once may have taken 50-100 years to come into regular use, now do so in 2-5 years.

The following piece is, in my opinion, an excellent short exposition on definitions in the LGBT arena.  It was sourced from:  http://www.hrbullets.co.uk/blog/lgbt-lesbian-gay-and-what.html
"Benjamin Fletcher, Diversity and Inclusion Manager at Dentsu Aegis Network, explains six less commonly understood phrases that are used to describe the diverse people who make up the LGBT community.

Whilst lesbian and gay are well-known terms, the colourful array of other identities that are included in the LGBT – lesbian gay, bisexual and transgender – family are often less visible and less well understood. Some people may have wondered what ‘non-binary’ meant, when 20-year-old Maria Munir came out as such to Barack Obama on his recent trip to London. Others might have wanted to ask why it is sometime LGBTI or LGBTQ instead of LGBT. Read on to learn about these important terms - essential knowledge when supporting LGBT inclusion at work.

Non-binary
Non-binary is a broad term which captures all people who do not define themselves as exclusively masculine or feminine, and thus don’t conform to binary notions of gender. Genderqueer is another term used to articulate non-binary gender identities, which occur in several forms. This includes people who identify as being between masculine and feminine genders, or intergender, and people who identify as genderfluid, where gender identity changes over time.

Intersex
Intersex is the word that is used to describe people whose anatomical, hormonal or chromosomal makeup does not conform to expected patterns typically used to define sex as either male or female. For example, chromosome makeup is one-way biological sex is commonly determined. XX is female. XY is male. Not everyone has this chromosome makeup though. Some have XXY, known as Kinefelter syndrome. This is just one of very many examples of how biological sex is not always neatly categorised in two boxes. Some intersex people will also identify as non-binary.

Transgender
Transgender (‘trans’) people identify with a gender different from that which they were assigned at birth. A trans person’s sexuality is not linked to their gender identity, meaning a transman who was assigned as female at birth but is now living as a man, could also be gay. Trans people have faced enormous challenges being accepted in society and within the LGBT community. Stonewall, the UK’s leading LGBT rights charity, included trans-equality in its mission only in 2015; whilst transwomen have also historically been rejected by and excluded from feminist circles and literature.

Cisgender
Cisgender is how we describe someone who identifies with the gender that they were assigned at birth. Most people will identify in this way. It is an important word which reminds society not to refer to trans people as the ‘other’.

Bisexual
Bisexual (‘bi’) people are attracted to both men and women. Many myths perpetuate the stigma that bi people experience - most commonly that being bisexual equals being promiscuous. As a result, bi people are often not open about their identity and instead allow people to assume that they are either gay/lesbian or heterosexual. Erasure of bi people – the denial of their identity – is one of the biggest challenges the bi community faces. This is encouraged by society as a whole and also within the LGBT community itself; where it is often suggested that bi people are gay or lesbian but in denial.

Queer
Queer is a word that has been reclaimed by the LGBT community; for many as a way of asserting pride in their identity. It is sometimes used in lieu of the acronym itself, which does not specifically reference the array of identities that are usually included within the LGBT family, e.g. intersex (it is alternatively sometimes written as LGBTI). It is worth noting that queer is an in-group term, which some can find offensive. If in doubt about whether something might be offensive, politely ask first.

Language and communication are discussed further in my book, "Demystifying Diversity", written with my friend and professional associate, Gamiel Yafai.