Few things which make me angry these days! By Ashok Bhatia   (Non-statutory warning: Reading the article below could be injurious to readers’ mental health and leave them a wee bit depressed. Caution is advised. The author is reasonably certain that this article is not an outcome of the kind of wholesome pessimism which is believed to envelope one in advancing age.) There is a mood of despondency which descends upon my frail grey cells once in a while. Dark clouds which have gathered upon me are accompanied by sinister rumblings. Lightning streaks of a menacing kind keep lighting up the sky, duly followed by thunderous howls which pierce my ears. One peers into the future and one shudders to think of the kind of world one would leave behind for our progeny to live in. Tectonic plates of our society appear to be shifting, causing major upheavals. No, one does not allude to the pandemic stalking us these days. Nor does one refer to such universal problems like global warming, economic d
Post a Comment
Read more
February 16, 2021

A Conscious Enterprises Network by Dr Roy Woodhead The idea of a network of conscious enterprises sounds great, but what does that involve and how can any sense of progress or improvement be achieved? The very words “conscious enterprises” implies some sense of ‘enlightened enterprise’. In general, the idea of enlightenment tends to focus on an individual. There are retreats, courses, even online resources to help us as individuals to participate in some developmental journey, deemed as a path to enlightenment by some expert. There is often a fee involved which links to a business model. What if a collection of enlightened individuals were to form a group? Groups of enlightened people have been held as a possibility such as in Plato’s “The Republic”. Plato did not believe in democracy as he thought the majority of voters would easily be swayed by the influencers of the day, the “Sophists”. He put forward the idea of ‘philosopher kings’ to lead us. They would not be allowed mate
Post a Comment
Read more
February 12, 2021 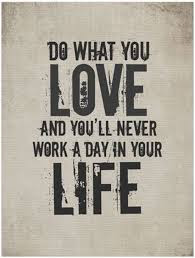 Beyond the Myth of Work Life Balance  By Kashmir Birk We need to move beyond work and life balance to where work is our life and our life is the work that matters, driven by meaningful values. People working in essential services such as healthcare, high tech, security, money, energy, grocery retail, logistics and transportation are having to work harder than ever, as they put their lives on the line. Those who are working from home are missing the exhausting hustle and bustle of rush-hour travel but after a year, they are feeling the stuckness of being hostage to the screens of endless meetings all day. And then, there are those who are seeking to work in either of these realms. We live in times when work defines us more than our mother, our culture or our name. What does this word “work” mean? There are three definitions in the dictionary. Work is mental or physical effort that creates a valuable or meaningful result: “I did some work today”. Work is a place where I sell my time and
Post a Comment
Read more
February 09, 2021 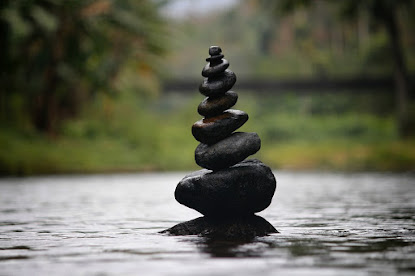 Balanced Model for a Higher Level of Consciousness By Jack Beauregard,  Founder/CEO of The Wisdom Company ®   Our species is currently in the process of transformation to a new paradigm and to a higher level of consciousness. This has been made possible by many recent developments, including environmental awareness, the women’s movement, exposure to non–Western philosophies, and through the most modern technological advances. Computers and satellite communications daily present us with pictures of Earth. International aviation, the World Wide Web, and the globalization of businesses are each creating a synthesis in the creation of a larger global consciousness. Major media events, such as pictures of the first time a man walked on the moon become part of the collective, global consciousness of our species.   New scientific discoveries about the universe, made possible by technologically sophisticated telescopes, expanded our concept of who we were, undermining our species’ egotis
Post a Comment
Read more
More posts