Looking for CEOs inspired by the Yuletide spirit! 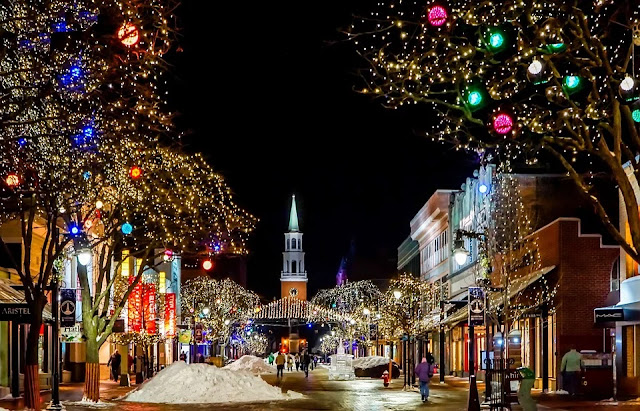 What is the best Christmas present a CEO can give to her organization?
In keeping with the Yuletide spirit, the best gift could perhaps be a resolve to take decisions based not only on commercial considerations but also on sound ethics and values. Decisions which would serve the strategic interests of the organization and would never lead it to a situation of public disgrace and compromise.
An upgraded Blake Mouton Grid
If one were to take the liberty of modifying the Blake Mouton grid, the leadership style of such a CEO would qualify for either a 9,9,9 or a 5,5,5 classification.

Here is a quick rundown on the various leadership styles which emerge from a grid of this nature:
1,1,1: Charmless Charlies
One can only wish their organizations the best of luck.
9,1,1: Road Rollers
They would achieve a target by ruthlessly crushing anything that comes in their way.
1,9,1: Sponge Comforters
As long as employees have an identity crisis, they are in high demand, ready with a bucket and a towel to listen to their woes and comfort them.
9,9,1: Arsonist Achievers
Under them, short-term goals would get achieved. Means be damned.
1,1,9: Missionary Zealots
Saint-like souls who have willy-nilly ventured into the business world.
9,1,9: Crazy Conformists
Those working under them could soon get referred to a lunatic asylum.
1,9,9: Armchair Revolutionists
They could be assets to political outfits owing an allegiance to some outdated doctrines.
5,5,5: Understudy Chiefs
A middle-level successful manager on whom greatness has been thrust by a benevolent fate. His Moral Compass is in working order.
9,9,9: Super Leaders
A balanced Chief Executive Officer who leads his team successfully in the long run. To be spotted, head-hunted, and hired without further delay.
When it comes to corporate governance, most businesses are driven more by greed than by the norms of propriety. Compliance with statutory provisions is often given a short shrift. As a repercussion, we end up having more controls and complex laws, thereby making non-compliance even more rewarding in the short run.
A universal virus
When it comes to perpetrating a fraud on unsuspecting stakeholders, human ingenuity has never been found wanting. If America had Enron and Lehman Brothers, UK had Barclays. If Norway had Nortel, Portugal had Banco Espirito Santo. If Switzerland had UBS and India had Satyam, Germany has just had Volkswagen.
No industry could lay a specific claim on such man-made disasters. Be it banking, insurance, mining, automobiles, energy, commodities, IT or real estate, all have set examples of devious plans to deceive the gullible stakeholders.
Human greed and avarice are obviously the root cause. The sheer pleasure derived by a minority in making some extra gains at the cost of a silent majority apparently has a sense of gratification which surpasses all else.
Correcting the myopic vision
What is it that makes a business owner or a CEO to put his conscience to sleep and take a decision which could impact the whole organization a few years down the road? A trade-off between extraordinary gains in sight and the risks involved? A hope and a prayer that a deviation would never get caught? A major investment that cannot be written off merely to make a process legally compliant? A gut feel that the regulatory agencies are invariably open to manipulation? The option of using speed money to get the necessary approvals from concerned government agencies?
In their relentless pursuit of business results, CEOs are apt to develop a myopic vision. Everything else becomes the last priority.
Smart ones, however, would take a longer view of things. They would have a 6/6 vision. Their decision-making models would invariably take into consideration the moral and the ethical aspects of a situation at hand.
This way, their organizations would continue to celebrate Christmas year after year, much after they have hung their sandals and retired to an adrenaline-less life.
While affixing the mistletoe atop the door of their luxury mansion, they would then have the luxury of looking back at their career with an inner glow of warm satisfaction. The Yuletide spirit would pervade their entire being.