The Beauty Inside, Bonobos and Management 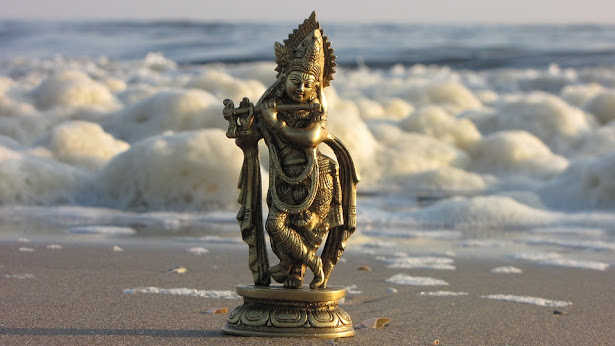 Would hi-tech companies like Intel and Toshiba believe in the traditional Indian ethos of spirituality and reincarnation? The fact that their recent promos give us a glimpse into a universe where what is on the inside alone counts does indicate this. The key message appears to be that whether it is a man or a machine, it is only the entity inside which makes a difference. ‘The Beauty Inside’ promo has a narrative of daily incarnations, which fits in rather well with what Lord Krishna tells us in the Bhagavad Gita – that the soul inside us is what really matters!
This is obviously not to say that the essential principles enshrined in Eastern scriptures necessarily need an endorsement from the West. It is common knowledge that post-Lehman Brothers, premier management institutions from the West have started showing some interest in the Eastern philosophy. The concepts of morality and ethics have gained currency in management circles. The fact that Stephen Covey speaks of an inner voice and a soul in his book ‘The 8th Habit’ is yet another manifestation of this trend.
Learning it from intelligent apes
The concept of a soul is an integral part of various streams of religion and spirituality we see around us today. It is interesting to understand how religion and spirituality originated; also, the value these really add to our mundane lives.

After years of research on bonobos – intelligent apes closely related to us, homo-sapiens – Frans de Waal argues that human morality is not imposed from above but comes from within us. In his path-breaking book entitled The Bonobo and the Atheist, he therefore proposes that moral behavior does not begin and end with religion. It appears that our values and ethics are instead a product of evolution and cultural response.
The fact that our innate goodness resulted into diverse streams of religions we see around us today readily explains the success of religion – and various Gods revered in each stream – as a concept. The spiritual thought process is also an outcome of the same core of our need to be good within ourselves, in our own eyes.
A cat or a dog may not think through the process so thoroughly, but bonobos surely appear to be aware of the nuances of social norms.

They have a developed sense of reciprocity and fairness. They are even known to intervene in a fight between two tribe members so as to maintain peace and harmony!
Ancient apes, whales and dolphins deserve our gratitude for several qualities that we possess – our sensitivity to others, our concern for fairness, love of harmony and other just forms of societal behavior. If religion or spirituality attract us, it is because these touch a chord somewhere deep within us.
Templates of Exemplary Conduct
The contribution of religion therefore is in presenting us with templates of exemplary conduct. It has codified the social and ethical norms for the average person. In particular, it has made it easier to explain the nuances of ethical and moral values by portraying examples of Gods and Goddesses whose conduct is worth emulating for the average person. Religion cleverly uses fear and temptation to guide and control human conduct.
Irrespective of the stream of spirituality one chooses to follow, the basic template invariably is again that of exemplary conduct. However,

the focus is on listening to one’s inner self. The endeavor is to silence the mind, thereby attaining inner peace and happiness. Each stream of spirituality has a different prescription and a unique methodology, but all are unanimous that the spirit is at the centre of it all. To that extent, spirituality has the potential of uniting people, whereas religion has been seen to divide it along communal lines.
As compared to religion, spirituality is more embracing. In religion, we have the good guys – devas – and the bad guys – asuras. Following one’s Dharma, the code of righteousness, man can hope to attain salvation. However, spirituality encompasses the good as well as the evil, both being manifestations of the Divine. When Krishna manifests his all-pervasive and all-inclusive Vishwarupa form in the midst of his sermon to Arjuna, it shows the negative side of the Divine as well.
A Heady Cocktail
Intel and Toshiba have surely come up with a winner promo in ‘The Beauty Inside’. Similar campaigns which work on a heady cocktail of

some basic tenets of religion and philosophy on the one hand and the latest that technology and management has on offer on the other would surely follow.
Given that our scriptures are replete with gems of wisdom and lay down templates of exemplary conduct, more and more corporates could be hopping on to the spiritual bandwagon in the days to come. Already, we find companies appointing Chief Belief Officers and Chief Ethics & Compliance Officers. Goes on to show that the role of conscience keepers in corporates is getting the recognition it deserves.

Such developments give one hope that the upcoming generations of our future business leaders and professional managers would rate high not only on their Intelligence and Emotional Quotients, but also on their Moral or Spiritual Quotient, bringing to the work place a set of ethical values and practices.