Jeeves and the social media challenge 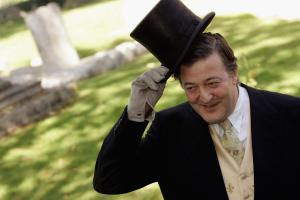 Allow me to thank your esteemed Society for having bestowed upon me the honour of sharing some of my thoughts on the issue of remaining happier and safer in these challenging times.

I take the liberty of calling our present as a challenging one not only because of the pandemic we collectively face these days. I also do so because we all suffer from another pandemic – that of the so-called social media spreading mistrust, misinformation and misgovernance.

I believe that truth and reality have taken a back seat. We live in an illusory world of our own, where reality is nothing but a simulation. A handful of smart and goofy code developers are increasingly shaping our opinions and controlling our collective behaviour. Given the dense fog of a media which tends to become more anti-social with each passing day, facts do not penetrate through to us. Commerce determines content.

Aesthetes do the window dressing. Governments monitor it to manipulate us, giving democracy a run for its money. Privacy has gone for a toss. Our social conscience has started changing, resulting in the sharp rise of hate, mistrust and discrimination across the planet. The milk of human kindness is getting evaporated fast. The psychology of the individual is changing. It is ‘I’, ‘Me’ and ‘Mine’ which rule the roost.

I am sure that the Chief Patron of SPIN, Sir Roderick Glossop, while delivering his concluding remarks, would touch upon the rapid evolution of our loonier instincts in much greater detail.

Let me hasten to add that I admire the unique benefits that social media has brought to us. Acquiring knowledge has become easier. Newer modes of networking have emerged. When facing a crisis – medical, environmental or otherwise – help is easier to seek. It has made distances irrelevant, cocking a snook at the concept of international borders.

Subtle changes to the psychology of the individual

Allow me to share some of my concerns with you.

One is the immeasurable power of certain companies in shaping public discourse anywhere in the world. Helping those in power to keep spinning out yarns to their gullible public and keep projecting a larger-than-life image of them.

The underground money-making apparatus, duly supported by mining users’ data, aided and abetted by technological advances. The result is an invasion of our privacy, a fact which many of us are blissfully unaware of.

Thanks to persistent lockdowns, my boss, Mr Bertie Wooster, is no longer getting sozzled at late-night gigs. But he still needs one of my trademark pick-me-ups. I keep discharging my feudal obligations, helping him to overcome his present addiction to social media. His mood swings have only become worse. Absence of a like on one of his posts featuring an audio clip belting out ‘Sonny Boy’ in his bath leaves him depressed. So does either a painting done by him or a banjolele recording not garnering a smiley. Often, I have to watch over him so as to check any suicidal tendencies arising in his bosom, which, as we all know, is awash with the milk of human kindness.

I understand that user data gets routinely used to build models to predict user actions and companies retain user attention to maximize the profit from advertisements. The psychology of the individual is delicately profiled and then used to the hilt to generate revenue. Often, this would lead to increased depression and higher suicide rates, especially among those who lack nerves of chilled steel.

There are subtle changes being made to the P of the I, and these amount to our becoming zombies.

Ladies and gentlemen, this is disturbing, to say the least.

However, all is not lost. Example, in Wikipedia, we have a ray of hope. I believe that they continue to offer a neutral landscape for seeking information.

Some rotten eggs in our basket of habits

We cannot whip up a delectable omelette by retaining some rotten eggs we carry in our behavioural baskets. These need to be promptly replaced by the ones laid by contented hens. The rotten ones can instead be put to better use to dissuade someone like Tuppy Glossop from rendering ‘Sonny Boy’ at his next appearance at one of the gigs organized by Beefy Bingham.

Some of you may recall the time when Mr Wooster had started entertaining the idea of having the prattle of tender feet around him. A trip to Brighton, followed by an address to a bevvy of giggling young girls, made him drop the idea.

Likewise, any threat to us can be neutralized by using tact and resource. But what is also needed is a dash of will power and persistence.

I have brooded over this matter for some time now. I fancy I have a plan which may produce satisfactory results.

My humble plan involves our developing habits of the following kind.

Overcoming the urge to either comment upon or getting involved in, some inane discussion on any of the social media platforms.

Learning to take a long-term view of things in life; not whipping up passions on something which is trending on social media and may get you only your 15 seconds of fame.

Avoiding recommended videos which are merely a ruse to keep you glued to a screen.

Restricting the habit of frequently checking what is happening on the World Wide Web.

Taking it easy, with a dash of humour. The virtual world is not the real world. A ‘like’ could be posted merely to be in your good books. A derogatory remark could be unpeeled to reveal invaluable feedback, or even to present an alternative perspective.

The perils of 5G and beyond

Discovering the environmental and behavioural perils of advanced technologies in the offing. Revenue-hungry governments would not be interested in your knowing these. Businesses chasing top and bottom lines could not care less.

Relishing the perks of Family Time

Having a budget for maximum screen time for yourself in a day. Set an example which others around you – especially kids – can follow. Spend more time with them. Encourage them to develop real relationships rather than virtual ones.

Do not pamper children by giving them access to smart phones which end up making them dumb. Allow social media use only after children reach high school.

Let all devices be out of the bedroom after a certain time; also, off the dining table during ‘family time’.

Sifting the wheat from the chaff

Building nerves of chilled steel to protect yourself, your family and your country from mischievous messages planted by media cells of governments and political parties to sway your opinion about things which really matter.

Looking for news feed from different platforms, even from the ones which oppose your own views and opinions. Trying and being objective about what you soak in.

Not forwarding unnecessary messages, even though these sound like ‘breaking news’ at the time.

Using search engines that do not keep a track of your searching history.

Checking your gadgets ruthlessly at least once a month. Remove all apps which you no longer use.

I urge upon you to realize that we alone can stem this rot, whether individually or collectively. There is no messiah who is going to pop up and help us in this endeavour. We alone can stop the quivering of the foundations of our civilization.

Only then can we be assured of a life based on the premise of Liberty, Fraternity, Equality, Truth and Peace.

Permit me to convey my gratitude for the patience with which you have listened to me. I do hope I have delivered some satisfaction!

(SPIN is a not-for-profit platform which advocates the cause of an unbiased social media and encourages users to refrain from indulging in narcissistic behaviour when online.)

(This blog post is inspired by ‘The Social Dilemma’ a 2020 docudrama available on Netflix.)

Ashok Bhatia is an occasional author, a speaker, a regular blogger and content creator on such topics as Management, P G Wodehouse, Bollywood and life in general. Based on his 35 years+ experience in the corporate world, he is acutely aware and conscious of the need for high values and ethics in business. Almost all his articles and books have an underlying current highlighting this very theme. In him, one finds a fierce critic of any kind of compromises on this front. He believes that business ships which are built on a keel of sound values end up not only having a better brand equity but also yield better returns to their stakeholders. When businesses are broad minded and give back to the society at large, they serve a higher purpose. His blog posts can be accessed at ashokbhatia.wordpress.com.
Conscious Leadership