The Three ‘R’s of Consciousness in Enterprises

The Three ‘R’s of Consciousness in Enterprises 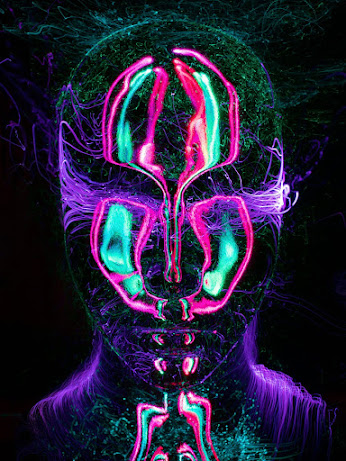 Exploring the concept of Consciousness further, one may say that whereas a normal organisation cares for Results alone, an organisation steeped in Consciousness would provide an equal weight to all of its three ‘R’s – Results, Relationships and Righteousness – in its strategic and tactical thinking.
Results could be either of the financial kind, the market share kind, or a combination of the two.

Relationships would imply a positive working atmosphere where, besides harmonious relations, dissent is not suppressed; rather, it is encouraged. Following human values is an essential part of this attribute. So is respect and dignity towards people in general.

Righteousness would encompass such features as concern for sustainability, giving back to the society and running operations not only within the ambit of law but beyond it, wherever possible. Being pro-active, when it comes to corporate governance; taking care of the rights of the minority shareholders; ensuring that principles of natural justice get followed; and, following values and ethics.

If each of these three dimensions of conscious organisations is taken into consideration, organisations which are committed to achieving a higher level of Consciousness could consider doing a self-assessment by using the kind of representation shown below:

Here is a scheme which can enable an organisation to rate itself against each of the attributes, on a scale of 1 (low) to 9 (high).

Conscious organisations which rate themselves very close to the (Relationships: 9, Results: 9, Righteousness: 9) position in the figure could pat themselves on the back and keep up the good work they are doing, inspiring other ones to follow suit.

The ones which are in the Aspirant (5, 5, 5) category are already on the right track and would do well to start firing at all the twelve cylinders and reach a higher level of Consciousness.

The majority of organisations we come across might fit into the Arsonist Achievers (9, 9, 1) slot. To them, both Results and Relationships count, though they could not care less when it comes to following the path of Righteousness. Such enterprises end up contributing to the kind of situation where we find that during 2020, for instance, humanity needed to be supported by the planetary resources which 1.7 Earths alone can provide. (https://www.footprintnetwork.org/2021/01/19/we-do-not-need-a-pandemic-to-movethedate)


The Bureaucratic ones (9, 1, 9) are bound in red tape, caring only for Relationships and Righteousness, with poor accountability for Results. Yes-persons rule. Sycophancy prevails. Service to the public goes for a toss.

Organisations in the Doomed category (9, 1, 1) prophesise caring only for Relationships, while neither producing Results nor caring for Righteousness. For example, some of the Bretton Woods and other institutions set up after the World War II now appear to be out of sync with the global realities.

Then we run into some Hollow ones (1, 1, 9) which profess to care only for the path of Righteousness but in reality are shams, pampering only to the ego of a self-styled guru heading a sect. Internal working conditions are akin to labour camps. The pomp and show of serving humanity is often more of a public relations exercise.

We also have the Preachy ones (1, 9, 9), which care two hoots about Relationships but keep delivering results while making it appear as if they are also on the path of Righteousness. Their bluff is easily called because this unique feat cannot be achieved unless Relationships are given due importance in the scheme of things. Many political outfits which we find are steering their countries away from the core tenets of democracy and turning these into a dictatorship would fall in this category. Political power surely comes their way, but at a great cost to the socio-economic fabric of the nation.

Most of us dread dealing with the Fly-By-Night (1, 9, 1) kinds, where Results alone count. Long term survival is not the aim. Just keeping the head above the water remains the sole aim. Quite a few of enterprises – mostly in the tiny and small sector – would fall in this category, simply because they can neither afford the luxury of Relationships and Righteousness, nor do they consider it necessary to do so. Ponzi schemes and financial scams fall in this category.

Then there are mafia organisations which are blissfully ignorant of any such niceties; these continue to chug along in an Unconscious manner. Our society shall surely be better off in their absence.

Within the three ‘R’s outlined here, there may appear to be a sort of gradation. To many of our embryonic start ups, it may appear that only when a certain stage of stability has been attained can the business imagine paying attention to Relations and Righteousness. But habits, once formed, die hard. Such organisations run the risk of getting caught in a conceptual warp, evolving into pure money spinning outfits, eventually landing either in the Fly-By-Night slot or in the Arsonist Achievers slot.

The Many Lenses of Viewing Consciousness

But this is merely one way of viewing the concept of Consciousness.

Over time, our scientists, philosophers, academicians, management honchos and spiritualists of all hues, sizes and shapes have attempted to define the same. Each of these is presents a unique perspective and is worthy of consideration.

The final choice, of course, rests on our leaders. It could be based either on the nature of activity of an organisation or on the leaders’ strategic vision.

The pandemic plaguing humanity since 2020 has yet again awakened us to the urgency of uplifting our state of Collective Consciousness and getting an injection of Vitamin Consciousness.