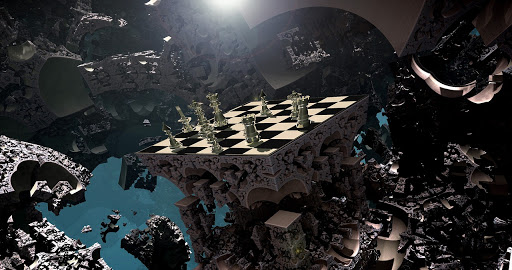 Garry Kasparov is perceived by many chess players to be the greatest chess player in history. After becoming world champion in 1985, he dominated the game, for almost 20 years, with a dynamic style of play and a very strong personality. People who do not know much about chess are, however, aware that Kasparov is best known for losing to a machine in a chess match. In 1997, Kasparov was beaten by an IBM supercomputer called Deep Blue. To be fair to him, this was the second match as he convincingly won the first one a year before, in 1996. However, his defeat introduced the beginning of a new era of machine mastery over man.

Since then, personal computers have grown more powerful to the point that even mobile phones are now capable of running chess engines as powerful as Deep Blue alongside other apps. More significantly, thanks to progress in artificial intelligence, machines are learning and exploring the game for themselves and are now surpassing all the top players in the world, as demonstrated by Google's Alpha Zero.

Where Deep Blue followed hand-coded rules for playing Chess, Alpha Zero, a program originally created by the Alphabet subsidiary of DeepMind in 2017, taught itself to play the game at a grandmaster level simply by practising against itself to develop its own understanding of the strategies and tactics of the game, over and over. Furthermore, Alpha Zero uncovered new strategic approaches to the game that dazzled chess experts. Today's top chess grandmaster, like the current world champion, Magnus Carlsen, uses AI to further his mastery of the game. As Carlsen recently stated in an interview: "I've been influenced by my heroes recently, which is Alpha Zero…  In essence, I've become a very different player in terms of style than I was a bit earlier and it's been a great ride." Magnus Carlsen can be said to be the first chess player to successfully reinvent his style of play with the help of Alpha Zero.

Kasparov has stopped playing professionally for years now and is mostly dwelling in politics as well as AI. His loss against Deep Blue is well behind him, and he acknowledges the importance of the match loss as a learning experience. A lesson on human humility at its best as the old mindset from the 1970s and 1980s was to think that no computers would ever beat top players in Chess, Go and Shogi, just to be proven wrong. International Master Edward Lasker stated in 1978, "My contention that computers cannot play like a master, I retract. They play absolutely alarmingly". In view of this type of statement that reflected an unrealistic and negative view of software capabilities in becoming more and more clever at what they are doing, it is not surprising that Kasparov felt the burden of being the first knowledge worker whose job was threatened by a machine. Today, he is now questioning: "how we can turn AI to our advantage". There is no doubt that AI is here to stay, and its presence and impacts will be more and more felt over the next coming twenty years.

We must take into consideration that technology first destroys jobs and then creates new ones but never on the same volume and scale. We must realise that our education systems have been training people to act like machines, and the results of misusing human interaction with technology have been quite destructive as we have developed a civilisation of mindless doers rather than creators or decision-makers. The fact that we are also not evolving our societies' infrastructures quickly enough to be aligned with our technology has resulted in many of us becoming the victims of the negative aspects of disappearing jobs resulting in uncontrollable unemployment. Instead of making the computing technology become our servant, more than often, we have made it become our master. So now, more than ever, we must look for opportunities to create new jobs that will emphasise our strengths and creativity to make us different from robots. As Kasparov understood, we must collaborate with AI and not fear it or give it the wrong win-lose foundation rather than the collaborative model. With old jobs disappearing, there is a need to revamp society by creating new industries where we work together with the machine on an equal stand. But from a political viewpoint, this also means that changing the structures of the way we operate in societies also means that we must introduce a comfortable universal basic income to create a financial cushion for those who are left behind. Right now, the challenge is either not fully understood by the politician, sociologists, educators, etc… or completely ignored. This is a totally unacceptable position to be in, as it will create major social unrest and degradation of positive human values before 2040.

There is no doubt that machines are helping us at making things faster and stronger, even maybe in some cases for some of us, as shown with the Magnus Carlsen example, making us smarter. In any case, where machines are not yet surpassing humans is in the fact that they are not capable of transferring knowledge from one open-ended system to another, but of course, they excel in closed systems. For example, AI chess mastery cannot be transferred to Shogi, the Japanese chess. In this case, AI must start from scratch and learn new patterns that are unique to Shogi. The human approach to mastering a game and then learning another similar one could differ as some of the acquired Chess knowledge would naturally be transmuted into a Shogi compliant framework. This is a positive sign for humanity as its role in its interaction with AI will make it an important participant in the dynamic human and machine relationship.

The traditional fear of technology and, nowadays with AI, has been highlighted for years by Hollywood. From Stanley Kubrick's "2001, a Space Odyssey" to the multitudes of "Terminators" and "Matrix" films, the fear of creating a machine that will destroy us has been an important element in the human psyche. Of course, as the spaceship AI, called HAL, explained in Kubrick's film, the mistake in its judgement comes from a human error… something we tend to forget. If we create technology for carrying over a win-lose strategy in politics, business, and all other facets of our lives, then we will create tragedies…. No doubt about that. But let us never forget that there is an alternative:  collaboration. With collaboration, we all win, and then we can finally create the Eden that our technology can achieve for all humans on Earth. But we must be clear…. Collaboration must be deployed at all levels of human interactions as there cannot be any exceptions if we want it to prevail. This is where AI, implemented as a proper collaborative partner, can help humanity at resolving its multiple social and environmental challenges.

So, the final question is: Do we want to create a world where collaboration prevails, where AI works with us to achieve it? And if the answer to this question is yes, then why do we carry on delegating our political and social powers to individuals, businesses, institutions, and political parties who obviously do not care about collaboration? The ultimate danger is that by doing so, beyond the human suffering this is creating, we are also maintaining a dangerous political model of countries that, as the US President Obama once stated, solely perpetrates opportunistic agendas.