McKinsey & Company Impales Our Youth on the Pike of Their Profits, by J. Deckman 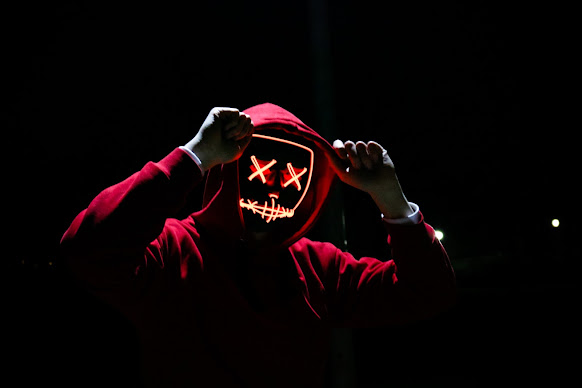 This is a difficult article for me to write without expressing a strong personal bias; either in words or energies. I am struggling for two reasons.
The first is because I have first-hand experience with the death, devastation and the hell caused when ones close to you find themselves in the jaws of the most brutal addictions one can imagine: Opiates.

The second is that as someone who is devoted to bringing a higher level of consciousness to both leadership and business, I find predatory capitalism and those who engage in it to be beyond reprehensible.

So, I will do my best to write clearly. And we will see where this goes…

When I first read of McKinsey and Company’s role in furthering the opioid epidemic that is killing tens of thousands of young people every year and devastating the lives of hundreds of thousands of their family members, I was stunned numb for a moment and then I became increasingly angry.

McKinsey, who promotes themselves as being an international leader in defining the next evolution of leadership and business, has been revealed to be yet another example of a carnivorous capitalistic entity willing to chase profits at any price. Regardless of the cost to humans, the planet and the universal collective.

If you read any of the links at the end of this article you will see why McKinsey was forced to shell out over $573 million in damages to 47 states for their role in propagating the opioid crisis. The findings from the state’s lawsuit prompted Congress to open separate hearings on McKinsey. The combination of what they found is shocking.

The dual investigations revealed that McKinsey designed detailed strategies to help multiple Big Pharma clients accelerate the sale of OxyContin through certainly moral-less and possibly illegal methods while simultaneously being a paid consultant to the FDA making suggestions designed to soften regulations on opiates.

The government uncovered that McKinsey had “at least 22 consultants working simultaneously at both the FDA and opioid manufacturers on related topics.” Representative Carolyn Maloney stated: “McKinsey was advising both the fox and the hen-house — and getting paid by both.”

The government also demonstrated how McKinsey was part of what California’s Attorney General described as a “machine that destroyed lives.” New York’s Attorney General stated that “McKinsey's cynical and calculated marketing tactics helped fuel the opioid crisis by helping Purdue Pharma target those doctors they knew would overprescribe opioids.”

I want to take a moment to pause here. We are in a massive state of information overload and our brains can inadvertently numb to much of what we read. So, please for all those lives lost, stop here. Breathe. And take in more deeply what I just wrote above. There are people working for McKinsey who literally targeted doctors they knew would over-prescribe opioids to get other people hooked. Bottom line, this is people targeting other people to kill people for profit.

The opioid crises are by far the most devastating epidemic of the 21st century. It is runaway freight train of death and destruction that McKinsey is purposefully feeding, fattening and then feasting on the profits from death and addiction. *

*The National Center for Drug Abuse Statistics report that “Over 10 million people misuse opioids in a year and opioids are a factor in as much as 8 out every 10 overdose deaths. 48,006 people overdosed on opioids in 2020 and 136 people die every day from opiate overdoses. And that number is climbing. Overall an estimated 450,000 people have died from opioid overdoses between 1999 and 2018.”

Through all of this McKinsey denies any wrongdoing and maintains that their work was “lawful.” However, Bob Sternfels, the firm’s global managing partner, did apologize stating that they for “fully recognize it fell short of their standards.”

That statement is not true on any level. Their actions did not fall short of their standards. They demonstrated them…very clearly. They also demonstrated the level of consciousness that dominates its corporate culture and which they not only allow, but reward.

Dr. Maya Angelou once stated, “When someone shows you who they are, believe them the first time.” I am heeding her wise words. McKinsey wants us to believe they are the leading experts on building ethical leaders, healthy cultures, and are committed to developing our next generation of workers. However, their actions prove they are just another corporation run by predator profiteers actively working on projects that cause people to suffer and die in the worse possible ways.

Their display of narcissism, arrogance and hypocrisy coupled with their willingness to sacrifice lives for profits is a bell that cannot be un-rung. The sheep’s clothing has been stripped from the wolf.

The “leaders” at McKinsey could have and should have chosen to use their organization’s incredible brilliance, capabilities, and influence to reduce addictions and deaths, ultimately saving hundreds of thousands of lives. Instead, they focused their talents on furthering the rate of addiction, death and destruction. That is barbaric

More than barbaric. That’s working for the Dark Side.

Thankfully human consciousness is shifting across the globe. The next iteration of conscious leaders, who are not defined by age, race, gender, or greed, are emerging. These women and men are defined by their consciousness and their ability to design, create, and build sustainable organizations that serve the integration of humanity, the planet and consciousness equally.

If you are wondering where they are and when will they appear I offer this response.

“If not us then who? If not now, then when?” Robert Kennedy

“We are the leaders we have been waiting for.” Grace Lee Boggs, author, social activist, philosopher and feminist, at 91 years of age.

Jeffrey Deckman is an internationally recognised thought leader, strategist and an award-winning author on the topic of conscious leadership. His book “Developing the Conscious Leadership Mindset for the 21st Century” was awarded 2 international Stevie Awards and 4 national awards for its ground-breaking work detailing and  defining conscious leadership in the modern era.

He is a stage 4 cancer “thriver” and for the past 15 years Jeff has devoted his life to expanding his consciousness and creating ways to share what he has learned with like-minded individuals who share his passion for bringing a higher level of consciousness into leadership to serve future generations.
Contact email: jeffrey@jeffreydeckman.com